“Il Mio Prodotto del Cuore” (Best Products of the Year) competition, which began in June, aims to allow companies and their products to be among the main protagonists, each in their category, in one of the most important consumer surveys that decide which are the best products in Italy. The recent health emergency has not stopped this important appointment, typically digital in the evaluation phase but which this year also streamed the awarding of the prize to the winner, on the afternoon of 30 September 2020.

“2020 is the year of the pandemic, but it is also the year of technology that leads to sharing, more than ever, moments of sociality by remaining distant and anchored to our desire for normality. If I think back to the same period a year ago, the personal satisfaction of the whole 101CAFFE’ team in discovering that they were then winners of the 2019-2020 edition of “Il Mio Prodotto del Cuore”, my satisfaction is unchanged, even now that the scenario is different because the victory ceremony takes place in streaming and not in presence, but with the same strong emotion: with great pride, we announce that also his year we have won this coveted prize for 2020-2021 edition of “Il Mio Prodotto del Cuore” with Caffè Premium Gran Milano in the coffee category, thanks to the appreciation expressed by our customers who buy at 101CAFFE’ stores and thanks to our franchisees and the great teamwork of those who every day are committed to creating a lot of value around our excellent products”, said Umberto Gonnella, CEO and founder of 101CAFFE’.

“Il Mio Prodotto del Cuore” project is promoted by Largo Consumo, in collaboration with Studio Orlandini and made its debut in Italy in 2018. This is the Italian version of the prestigious “Best Product of the Year”, already present for some years in France, Germany, Spain, Holland and Belgium, based on satisfaction expressed by consumers.

101CAFFE’ has launched this blend during the International Coffee Day, on October 1, 2018. Among several peculiarities that this coffee offers, the first is that Caffè Gran Milano comes from  Rainforest Alliance certified plantations, meeting ecological standards, such as the conservation of biodiversity while respecting the living conditions of workers.

Caffè Premium Gran Milano by 101CAFFE’ responds to these requirements, sharing values ​​for the protection of territories. The attention to territoriality and environmental issues distinguish another important peculiarity: its green soul is given by compostable capsules, for Nespresso® coffee makers.

The capsules are compostable according to the EN 13432 standard (09-2000) and are certified “OK Compost” according to the certification body TÜV Austria. These capsules can be disposed of in the wet: the capsule, after being processed in the composting centre, will come back to life as a natural fertilizer. The compostable capsules preserve the aroma and goodness of the blend. They are made with biodegradable polyesters, to guarantee optimal performance during the coffee extraction phase.

It could not fail to conquer the hearts of all consumers: a blend composed of 80% Arabica and 20% Robusta, for an espresso in a cup with an intense aroma, a rich and sweet taste, with a persistent cream of light hazelnut colour, shiny and homogeneous. The medium roast enhances the presence of aromas that refer to hazelnut and cocoa bean.

Caffè Premium Gran Milano by 101CAFFE’ as well as compostable capsules for Nespresso® coffee makers, is available in beans, ground for Moka and capsules for Nescafè® Dolce Gusto® system, which can be purchased in the e-commerce shop.101caffe.it/en/ and in all 101CAFFE’ stores in Italy and around the world.

This Year Caffè Gran Milano is the protagonist in 101CAFFE’ world, after its launch at Milanocaffè during the International Coffee Day in 2018. Furthermore, this excellent blend is among the main characters of the national advertising campaign aired these days on LA7. 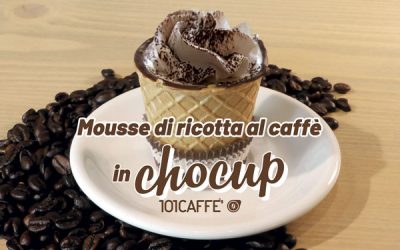 101RECIPES101RECIPES Coffee ricotta mousse In this recipe we have combined coffee with ricotta to obtain a foamy and delicate mousse. We have decorated it with chocolate chips, you can add chopped hazelnuts, muesli and other ingredients, to create always different...

END_OF_DOCUMENT_TOKEN_TO_BE_REPLACED 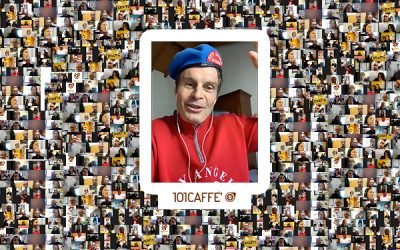 An hour of extraordinary training for 101CAFFE’ franchisees by Mario Furlan, founder of City Angels

101NEWSAn hour of extraordinary training for 101CAFFE’ franchisees by Mario Furlan, founder of City AngelsEvery Monday, 101CAFFE’ headquarters organizes an online meeting, attended by franchisees (Italy) and the whole company; a long-awaited moment because topics of...

END_OF_DOCUMENT_TOKEN_TO_BE_REPLACED 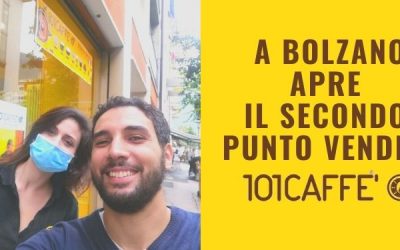 In Bolzano 101CAFFE’ opens its second store: the proximity shop a successful formula

101NEWSIn Bolzano 101CAFFE’ opens its second store: the proximity shop a successful formulaThe second 101CAFFE’ store in Bolzano, capital of the Trentino Alto Adige region in Northern Italy, is located in Via Milano: Bachir e Karim already own a brand’s store and...